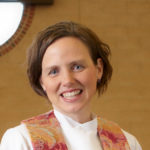 When I was pregnant, I got lots of advice, and I needed it. I had no idea what I would do once I brought the baby home.  I read every book my friends recommended, and I took every class the hospital offered.  What was most memorable was what my friend Lisa, mother of 3, said, “Alice, most of the time when a baby cries, they need food or rest.”  I also remember how the teachers in the classes on breast-feeding explained, a baby will want to nurse for milk, and for more, like for intimacy.  And sometimes when a baby is growing, they will need to eat and eat and eat again.

And then our baby was born.  Figuring out nursing was harder both for me and the Little One than those books and classes made it sound.  Thank goodness for nurses to call in the night shift and lactation consultants to call in the day shift even long after we’d left the hospital. I called for help so much that eventually I didn’t even have to give my name.  We were all crying, hungry and tired. And the baby was losing weight.  With a soothing voice and women’s wisdom gleaned from generations, they guided us.

One afternoon an older member of our church saw our newborn and I outside and came near to visit.  “How is feeding going?” he asked.  “Oh, it goes like this, I hold and gaze at my baby, and my heart melts.  I feed him heart juice.”  “Yes, yes.” He seemed to remember feeding his own children and grandchildren.  And we gazed and nodded together at the miracle of it all.

Nursing became a time my baby and I both cherished.  And in those hours rocking, I was aware of more– resting in God’s embrace as my baby rested in mine.  In Eugene Peterson’s translation of I Peter 2:2, we hear, “You’ve had a taste of God.  Now, like infants at the breast, drink deep of God’s pure kindness.  Then you’ll grow up mature and whole in God.  The NRSV reads, “Like newborn infants, long for the pure, spiritual milk, so that by it you may grow into salvation—if indeed you have tasted that the Lord is good.”  The writer of I Peter gives quite an image—God as the nursing mother.  It is an invitation to be held in God’s embrace and allow our hearts to rest near God’s heart and be filled with God’s innermost substance.  Psalm 131 says, “Like an infant, filled, rest in the arms of God.”

This epistle was written to people who were tired and hungry and uncertain about survival.  I Peter was written from a church elder in Rome to Gentiles who lived as slaves and resident aliens in rural Asia Minor.[i]  They were rejected, broken, and cast aside.  The church elder was inviting them to be filled with the essence of God, so that they might live and grow.

This became such a beloved image in the early church, that newly baptized infants would receive a drop of milk.  This milk symbolized the goodness of God that would sustain life from that time on and forevermore. Milk was seen as the Word of God as it came through scripture, sermon, and sacrament.

The writer of I Peter liked metaphors—grow from infants, into living stones, built together into vibrant sanctuaries.  And we are reminded of Peter, the rock.  Jesus asked Peter, “Do you love me?  Then feed my sheep.”  The epistle reads, “Be so filled with God’s strength, that you become a source of strength. Be so rested, that people are renewed in your presence.  Open holy space where family, friends, neighbors, enemies can find shelter and experience the presence of God.

And to those rejected and cast aside by the world, the epistle writer says, “Jesus was too.  And He has become the cornerstone.  The world may say you are not a people, but God in Jesus says you are precious.   You are a chosen race, a holy nation, a royal priesthood.”

Sadly, this text has also been claimed by Empires to claim supremacy. “We are the chosen, and you are not.”   White Christian Americans used this to justify stealing land from Native peoples, and to enslave Africans.  Those original sins of colonialism and racism continue to haunt our systems and that continues to be revealed in recent days.   Perhaps the most faithful response is to pause and weep and confess.

Martin Luther thought the writer of this epistle was the disciple Peter, the one who betrayed Jesus, and later became the first Pope.  Martin Luther thought the Pope in his time had become as corrupt as the Roman Empire had been in Jesus’ time.  Luther was filled with grace and strength by the Word of God. And so, he wanted everyone to be able to read the Bible in their own place and language. The Pope claimed supreme authority and excommunicated Luther, but Pope Peter’s words of the ‘the royal priesthood’ sustained Luther.  And the rejected one rose.

These same verses of being a chosen race, nation, and priesthood have been used to subjugate and liberate.  Which is truer to the essence of God? To the way of Jesus? I Peter 2 begins, “So clean house!  Make a clean sweep of malice and pretense, envy and hurtful talk.  You’ve had a taste of God’s goodness.  Drink deeply.”

We are now several weeks into shelter in place here in Michigan.  Covid-19 has now killed more people then Spartan Stadium holds.  We grieve the loss of people we know and don’t know.  We miss seeing each other at work, church, school on the street.  We are suspicious that any of us could carry the virus.  Some fear loss of livelihoods, homes, and more.  Some are working each day as essential workers and wonder what will happen if they too get sick.  We don’t know how much longer this will last.   We are getting tired and a little testy.

And so, on the fifth Sunday of Easter we read an Epistle, sent to those who had lost it all.  Perhaps our most faithful next step is to feel God’s tears mingle with our own, and God’s broken heart hold ours.  We can rest in the embrace of God, and drink of God’s own milk.  We can be filled by the power of the One the women met at the tomb, the One who somehow got a letter from an elder in Rome to slaves in rural Asia Minor, and convinced Martin Luther he could rise and proclaim the Word anyway.  We may have no idea what we will do next or when.  We can study and seek advice and make phone calls.  We can gaze in awe, allow our hearts to melt and become a source of nourishment.  Together we might grow and mature.  That together we become living sanctuaries when that is what the world so needs now.